Dáinn ("Dead") or Dain is a character in Norse mythology. Mostly the tales relate to him being a dwarf and in others as king of elves. However, in other stories the dwarf god is referred to as Dvalinn.

His name is found on king Högni's sword Dáinsleif ("Dáinn's legacy"). It is laid with a curse which says it must always kill a man when it is drawn.

In the Hyndluljóð (7) he is said to have made Freyja's boar Hildisvíni, along with another dwarf, his brother Nabbi.

Dáinn is referred to as a dwarf in the dwarf-þula of the Völuspá (11) and in a stanza by Sigvatr Þórðarson. But in the Hávamál (153) he is said to be an elf who carved the runes:

"Odin for Aesir, and Dain for the elves, Dvalin for the dwarfs, Asvid for the giants, I myself carve some". ~~Havamal 143 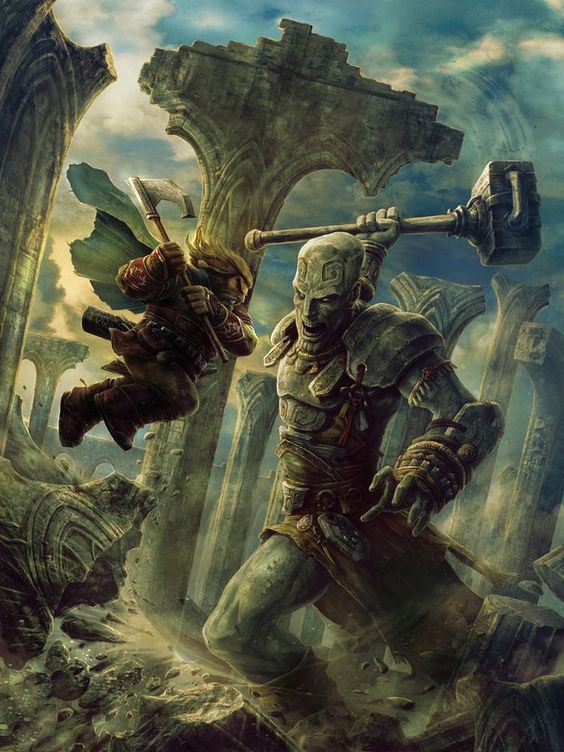