“Shamanism,” like “love,” is a notoriously hard word to define. Any meaningful discussion of an idea, however, depends on the idea first being clearly defined so that everyone understands exactly what is being discussed. For our purposes here, shamanism can be considered to be the practice of entering an ecstatic trance state in order to contact spirits and/or travel through spiritual worlds with the intention of accomplishing some specific purpose. It is a feature of countless magical and religious traditions from all over the world, especially those that are tied to a particular people and/or place.

The pre-Christian religion of the Germanic peoples teems with shamanic elements – so much so that it would be impossible to discuss them all here. Our discussion will have to be confined to those that are the most significant. We’ll start with Odin, the father of the gods, who possesses numerous shamanic traits. From there, we’ll examine shamanism in Norse magical traditions that were part of the female sphere of traditional northern European social life, and then move on to the male sphere of the berserkers and other “warrior-shamans” before concluding.

Odin, the chief of the gods, is often portrayed as a consummate shamanic figure in the oldest primary sources that contain information about the pre-Christian ways of the Germanic peoples. His very name suggests this: “Odin” (Old Norse Óðinn) is a compound word comprised of óðr, “ecstasy, fury, inspiration,” and the suffix -inn, the masculine definite article, which, when added to the end of another word like this, means something like “the master of” or “a perfect example of.” The name “Odin” can therefore be most aptly translated as “The Master of Ecstasy.” The eleventh-century historian Adam of Bremen confirms this when he translates “Odin” as “The Furious.” This establishes a link between Odin and the ecstatic trance states that comprise one of the defining characteristics of shamanism.

Odin’s shamanic spirit-journeys are well-documented. The Ynglinga Saga records that he would “travel to distant lands on his own errands or those of others” while he appeared to others to be asleep or dead. Another instance is recorded in the Eddic poem “Baldur’s Dreams,” where Odin rides Sleipnir, an eight-legged horse typical of northern Eurasian shamanism, to the underworld to consult a dead seeress on behalf of his son. 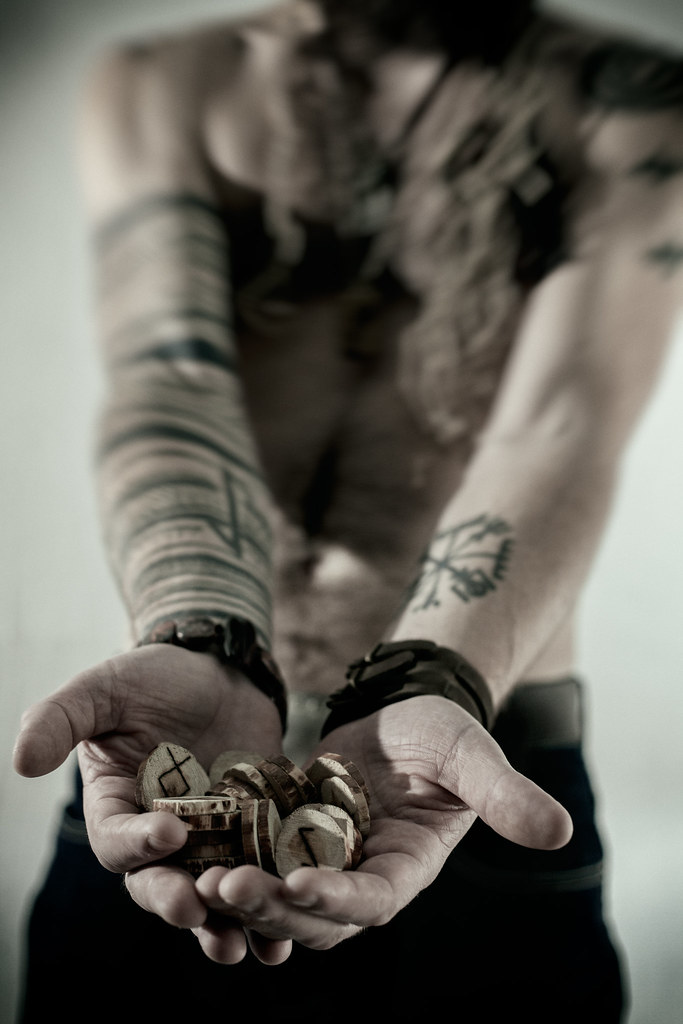 Odin, like shamans all over the world, is accompanied by many familiar spirits, most notably the two ravens Hugin and Munin.

The shaman must typically undergo a ritual death and rebirth in order to acquire his or her powers, and Odin underwent exactly such an ordeal when he discovered the runes. Having done so, he became one of the cosmos’s wisest, most knowledgeable, and most magically powerful beings.

He is a renowned practitioner of seidr, which he seems to have learned from the goddess Freya.