Óðr (pronounced roughly “OH-thur,” with a hard “th” as in “the”) is an Old Norse word that has no direct equivalent in modern English. The word, and the wonderful concept to which it refers, is as little understood today as it was ubiquitous in pre-Christian Germanic mythology and religion.

Óðr is generally translated as something along the lines of “divine inspiration” or “inspired mental activity.” While such translations will do where óðr is only mentioned in passing as part of a larger discussion, they gloss over the richness and dynamism of the word and its connotations, and are therefore inadequate for lengthier considerations of óðr such as the one in which we happen to find ourselves just now.

The word had cognates – words that mean the same thing and have the same linguistic origin – in the other Germanic languages, which attest to its universality throughout the ancient Germanic world. For example, in Old English it was wod, and in Old High German it was wuot. All of these originally stem from the Proto-Germanic *woþ-, which in turn stems from the Indo-European *uat-. Words from other branches of the Indo-European family of languages that were based on this root include the Latin vates, “soothsayer” or “poet,” and the Old Irish fáith, “seer” or “prophet.”

Other Germanic words that originated in this same root – to cite but a few of the many – include Old English woþ, “sound, song, voice, poetry,” and woþbora, “poet, orator, prophet;” Old Saxon wodian, “to rage, to be raving mad or crazy;” and Old Norse øsa, “to make raving mad or crazy.” Even the name of Odin himself is derived from this word (Old Norse Óðinn, “Master of Óðr“). Hence the famous remark by the eleventh-century German historian Adam of Bremen: “Wodan, id est furor” (“Odin, that is, furor”).

Óðr is a force that causes people to create or perform any of the arts; to pronounce a prophecy; to enter an ecstatic trance, as in shamanism; to produce scholarly works; to enter into the battlefield frenzy that was the hallmark of Odin’s elite warriors, the berserkers and úlfheðnar; or to become possessed or go mad.

Óðr is a power that overwhelms and infuses one’s being to its core, which ousts one’s mundane consciousness and turns one into a frenzied, ecstatic vessel for some mysterious, divine agency that is palpably present in the act. This could certainly happen in the realms of life with which we associate the relatively neutered modern English world “inspiration,” such as the arts and acts of clairvoyance, but it could also happen in cases where we wouldn’t typically use “inspiration,” such as scholarly writing, the fury of the warrior in the heat of battle, or insanity (and here we must bear in mind that “’madness,’ to earlier peoples, did not mean loss of control; it meant control by Someone Else: inspiration or possession”).

Of course, if we were to use the word “inspiration” in its original sense – “to be under the immediate influence of God or a god” – then “inspiration” and óðr would effectively be synonymous. But since “inspiration” has gradually lost these connotations of divine agency and seen its range of meaning narrow over time, it’s important to point out this distinction. 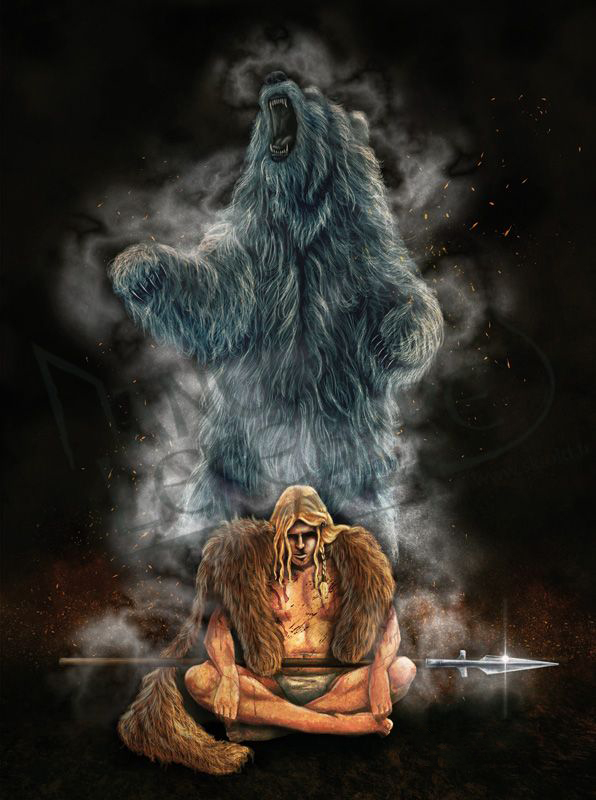 And as if its range of associated acts or spheres of life wasn’t extensive enough, óðr was also the means by which knowledge of the higher or subtler sort was acquired. This should be implicitly evident in its being behind scholarly works, prophecies, and visionary trances, but I discuss some of the epistemological (theory of knowledge) implications of óðr directly and at some length in the article on the tale of The Mead of Poetry. Speaking of which…

The Mead of Poetry

Óðr is symbolized as an exceptionally fine mead that is gifted to mortals by Odin at his pleasure. The tale of The Mead of Poetry describes how Odin came to be the keeper of this exquisite beverage. To very briefly summarize:

When the Aesir-Vanir War ended, the two tribes of gods sealed their peace treaty by spitting into a communal vat, whose contents they used to form the wisest being who had ever lived, Kvasir (“Fermented Berry Juice”). Kvasir traveled throughout the cosmos dispensing his wisdom until he was murdered and his blood was brewed into a mead called Óðrœrir (“Stirrer of Óðr“). The mead fell into the hands of the giant Suttung, who hid it in three huge vats beneath a mountain and set his daughter Gunnlod to guard them.

Odin seduced Gunnlod, and made a deal with her whereby he would sleep with her for three nights, after which he would be granted three sips of the precious drink. After the third night, Odin drained each of the three vats in a single gulp. He then took on the form of an eagle and made haste for Asgard, with Suttung, also in eagle form, in hot pursuit.

Odin reached the gods’ celestial stronghold before Suttung, and regurgitated the mead into several containers that the other deities had set out for the purpose. While doing so, a few small drops fell to Midgard, the world of humankind, which became the portion of óðr allotted to all mediocre poets, scholars, magicians, shamans, and warriors. But those of exceptional and refined abilities are those to whom Odin decides to grant his gift personally and with care. 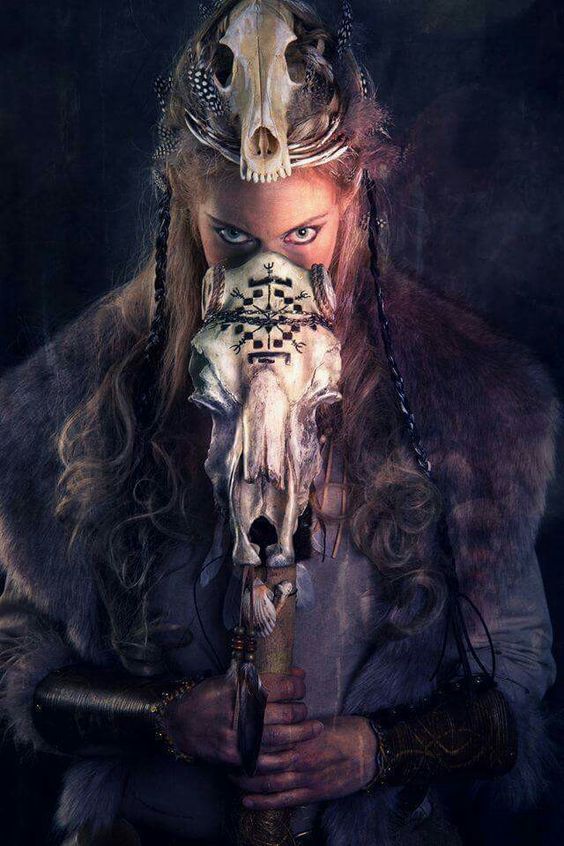 For the ancient Germanic peoples, inspiration, ecstasy, and states of heightened awareness and/or passion were divine gifts that always entailed the presence of the numinous.

And isn’t this truer to our immediate experience of inspiration than the comparatively banal and trivialized view of inspiration that we tend to hold today? Virtually all great artists and thinkers have often, during their moments of greatest inspiration, felt themselves to be vessels for some mysterious power working through them, and over which they have little, if any, conscious control. In addition to recognizing this common felt experience in a very wide array of phenomena, the concept of óðr was a way of making this connection explicit rather than something one has to grope for words to express.

Furthermore, this meant that all inspired activities had an inherent sacredness, an inherent spiritual nature and importance. For someone who has ample experience of both inspiration and the presence of the divine, and has paid close attention to the character of these experiences, it should be evident that there is an immense degree of overlap between the two. Both involve a sense of being “seized” by something grand, fascinating, and often troubling, from the outside; they both partake of some degree of what the German philosopher of religion Rudolf Otto called the mysterium fascinosum and mysterium tremendum in his classic 1917 work The Idea of the Holy.

If we experience inspiration and ecstasy within the framework of a worldview that acknowledges its divine origins, the transition from “ordinary” inspiration or ecstasy to the experience of the presence of the divine becomes seamless – obvious, even. Being inspired becomes a sacrament, an act of communion. 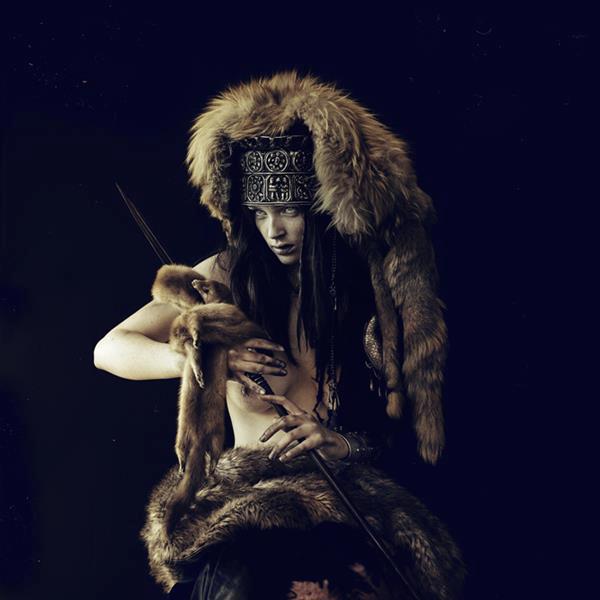