The Norse took dreams quite seriously. While they acknowledged that some dreams were random and meaningless (and called them draumskrok,“dream-nonsense”), other dreams were held to possess enormous significance.

Dreams could sometimes foretell the future. Their ability to do so went hand in hand with the Norse view that all events were directed by fate; as the Eddic poem The Song of Skirnir (Skírnismál) puts it, “My destiny was fashioned down to the last half-day, and all my life was determined.” Since the future was preordained, it could be known in advance.

Take, for example, the famous dream of Queen Ragnhild, who reigned in southern Norway during the ninth century alongside King Halfdan the Black. One night, Ragnhild dreamed that she took a brooch off of her cloak and held it out in front of her. Roots immediately began trailing out of it and toward the ground, where they took hold. Branches then shot up from the brooch, and the tree soon grew so tall that Ragnhild was unable to see over it. The tree’s bowl was blood-red, its upper trunk green, and its branches snowy white. The branches spread out to cover all of Norway, and even extended into other lands as well.

Years later, Ragnhild realized the significance of the dream. The tree symbolized her descendants. Her son, Harald Finehair, was to become the first ruler of all of Norway. The tree’s blood-red bowl symbolized the bloodshed that would occur while Harald was coming to power, the green upper trunk the vigor and glory of his reign, and the white branches his own descendants, from whom would come Norway’s rulers for many generations.

Even the gods had such dreams – Baldur, for example, had his death foreshadowed to him in dreams before it occurred.

On other occasions, dreams could provide a means of contact between living humans and otherworldly beings such as the dead, elves, land spirits, and deities. Such beings often bore an important message for the dreamers, and sometimes even struck a deal with them that led to tangible benefits in waking life.

For example, the early Icelandic settler Bjorn is said to have had a meeting with a land spirit one night in a dream, during which the spirit offered Bjorn his help. Soon thereafter, a strange billy-goat made his way into Bjorn’s goat herd. That year, Bjorn’s goats had so many kids that he made a fortune from selling them to other farmers on the island. For this, he was nicknamed “Goat-Bjorn,” and those with second sight said they could see a large group of spirits following Goat-Bjorn wherever he went. 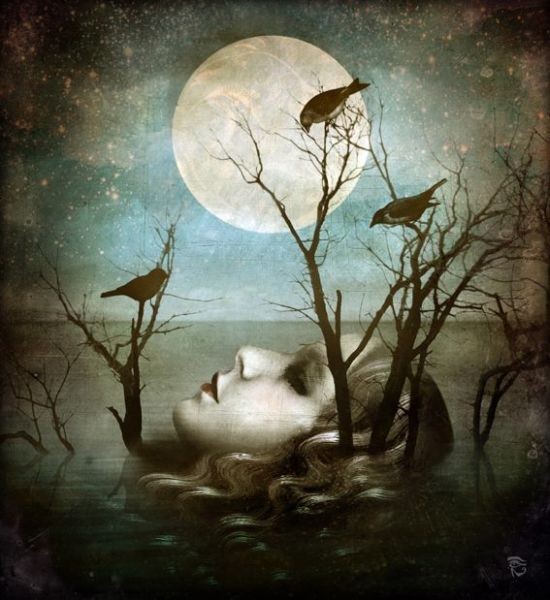 At times, a person would appear to a dreamer to impart some kind of hidden knowledge – such as the location and condition of missing items or people, for example – through poetry. In such cases, the sources often point out that neither the dreamer nor the person who appeared to them in the dream possessed any poetic abilities. Since poetry was a gift from Odin, such messages would have ultimately come from the gods, which accounted for their uncanny insight and accuracy.

Some people were recognized as being more skilled than others at interpreting dreams. Seers naturally fit into this category, but especially wise people of all sorts were often asked to give their opinion on a dream’s meaning.

When a Norse man or woman felt that he or she was in need of a dream of the significant sort in order to clarify something in his or her life, the occurrence of the dream wasn’t left to chance. Particular methods existed to induce meaningful dreams, such as sleeping on grave-mounds or in special animal hides. That way, contact with the otherworld, and access to whatever messages it may have held for the dreamer, was virtually assured.